‘I hope they learn how to do math pretty soon,’ Illinois Democrat says of senators who oppose Equality Act 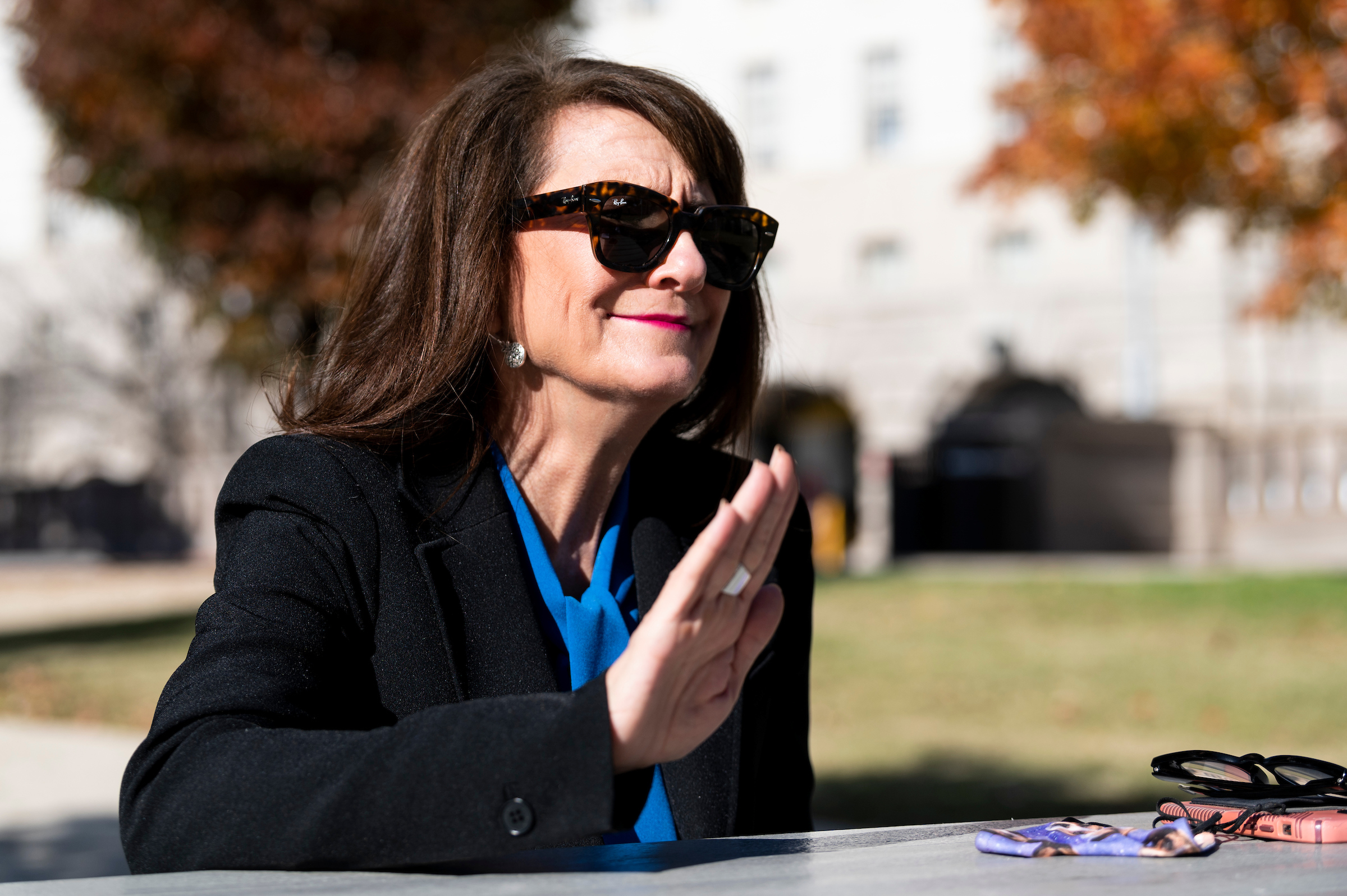 Rep. Marie Newman sat down with Heard on the Hill outside her office on an unseasonably warm, 70-degree day earlier this month. The Illinois Democrat was unfazed — she has gotten used to the heat after successfully primarying Daniel Lipinski in 2020, facing the media’s glare during a public row over transgender rights with Longworth Building neighbor Marjorie Taylor Greene, and now as she warms up for another primary fight, this time against Sean Casten.

The former marketing executive talked about all that, plus how Democrats can rebrand themselves ahead of the 2022 midterm elections.

This interview has been edited and condensed.

Q: According to Pew surveys, it wasn’t until 2013 that a majority of Americans said they’d support gay marriage, more than 40 years after the Stonewall riots. Do you think it will take that long for Americans to accept transgender rights?

A: I think we’ve made great progress, I do. I’m not even being optimistic. We can see it in the polls that people are understanding that being your authentic self is more important than anything in life. About 80 percent of the country supports the Equality Act right now. So those senators that can’t do math, I hope they learn how to do math pretty soon when it gets to the Senate floor.

Q: You literally wrote the book on how to stop bullying, “When Your Child Is Being Bullied.” It seems like there’s a lot of that these days, though, from school boards to Congress. So how do we stop it?

A: It’s a really rough situation right now. We have to do more of, “Look, if you pass this line, it’s going to be a real challenge for you,” but also give people a chance to explain themselves, because it’s not always as simple as we think it is. So, I’m asking for everybody to listen more.

Q: You beat Dan Lipinski in 2020 and a lot of that race focused on his Catholicism. But you’re also Catholic, although you didn’t talk about it as much.

A: Faith is really important to me, and I believe that your faith informs a lot of what you do every day. I just don’t believe that you have to talk about it all the time, because it does make some people uncomfortable. I never want to put anyone in a position where they think that that’s affecting a decision in its entirety.

Q: Before politics, you were a marketing executive, among other things. How would you advise the Democratic Party to rehabilitate its brand? A lot of Democratic policies are very popular, but the Democrats themselves, less so.

A: We’ve seen some good news in polling for sure, that we’ve increased our level of understanding of the products we’re putting out, and that’s what it’s all about. If you start with what’s in it for your audience, you’re always going to be in a better place. So, if we had started out talking about the content and how it would impact lives — both for the Build Back Better and for the infrastructure packages — we would have been in a better position. That said, I think there was some of that. It just wasn’t as unified as we probably need to be. So, I’m encouraging everybody to talk with one song sheet.

Q: Why do you think the Democrats in Springfield decided to pit you and Sean Casten against each other?

A: Oh, gosh, that will forever be the mystery, won’t it? We are where we are. The good news is this district was tailor-made for me. Forty-one percent of the new district is my current district. Forty-seven percent of the district are my voters, and I have the plurality of the voters across the six districts that were pulled from to make the new district. So I go into this in a very strong position. In addition to that, I grew up on the southwest side of the city and the suburbs, but I also lived in DuPage for 10 years. So, if they were going to make a great district for me, this is the one, and I’m excited.

Bonus Q: I guess I should’ve asked what Sean Casten did.

A: [Laughs.] You need to talk to Sean about that.

Last book you read? “Radium Girls,” a fascinating book about workers’ rights. They actually thought radium was a good thing at one point to ingest.

In politics, can the ends justify the means? If you mean the process and the result, both are super important to me. I’ve learned in my life, both in the business and nonprofit worlds, that the process has to be as significant and respectful as the end.

Least popular opinion? That the Defense Department has a bloated budget.

If you could do anything else for work, what would it be? Probably an author.

Closest friend across the aisle? I’ve done a lot of really great work with María Elvira Salazar. We sit on Small Business together, and I think she’s terrific.

Paid For By Marie Newman For Congress